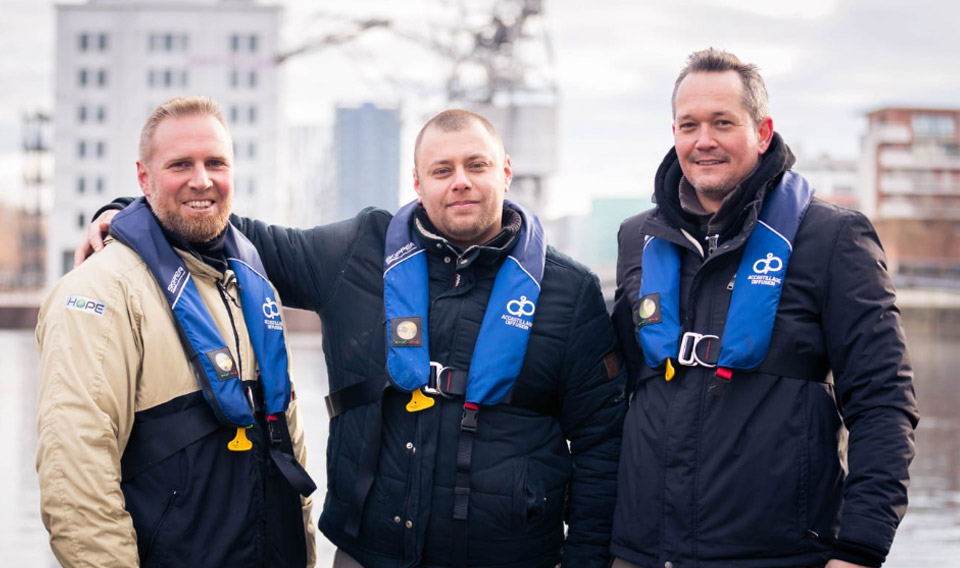 H2OPE is an Alsatian start-up with the aim of fighting against the pollution of rivers and oceans, and is therefore actively involved in the preservation of the environment.

Sébastien, Brice and David, the co-founders, are convinced of the urgency represented by the pollution of rivers and willing to provide concrete and transposable solutions. They invent the principle of a “waste collectors netting” in 2007 and start to develop the concept of River Whale. After having presented their project to the Eurométropole of Strasbourg, they realised a wood prototype in real size. Early 2019, a demonstration phase in urban and extra-urban areas demonstrates the efficency of the concept. More than 110 kg of household waste (including many plastics) were extracted from the water in less than two months, during low human activity season.